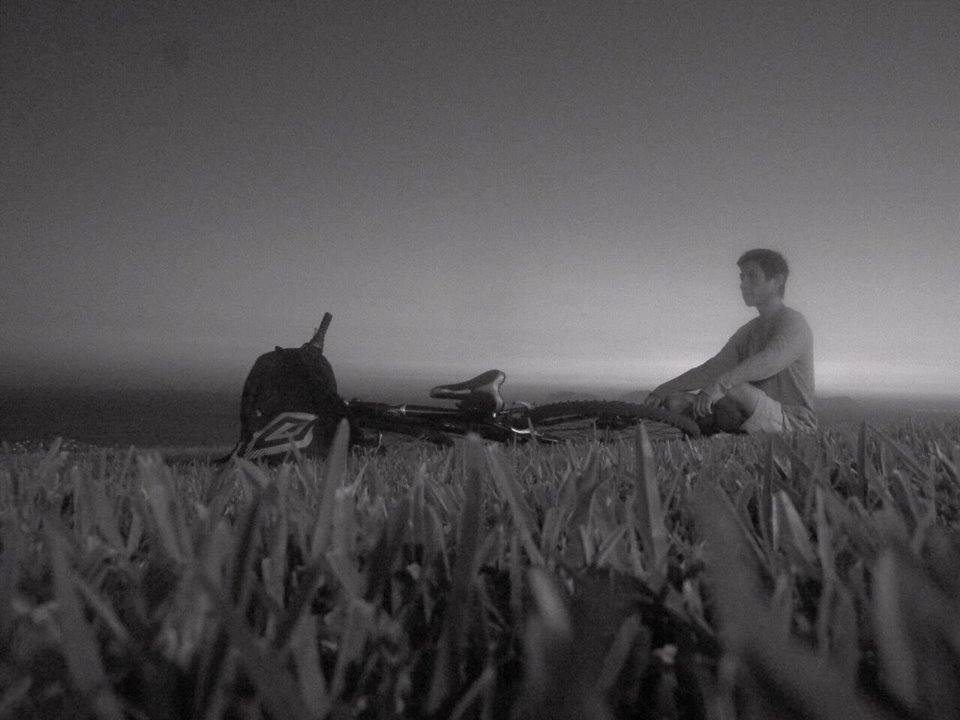 22 Ago Antonio Hip: Photographer, cameraman and a professional

Posted at 04:00h in Fotografía by Fabiana Chiu 0 Comments

What can photographs of a bodega tell us about the family who ran it? Photographer and filmmaker Antonio Hip gives us a glimpse – a peek into his life using intimate images he created during the final days of a business his family ran for many years in the Jesus Maria district of Lima.

A few weeks ago on Facebook, Antonio shared a photo of his mother posing behind the counter in the bodega. Many folks commented how well they remembered this place, how attentive Mrs. Hip was and how the bodega was like a second home. The Hip’s store was much like other bodegas dotting almost every corner in Lima—wooden counters topped by glass covered displays, filled with everything one needs to survive in the neighborhood: sodas, chewing gum, cigarettes, toilet paper, etc. But it was so much more, of course. Their bodega was the center of their lives. In it, they had breakfast, lunch, took naps, watched tv, did homework after school, slept, and dreamt. The bodega was home and somewhat of a prison at the same time. 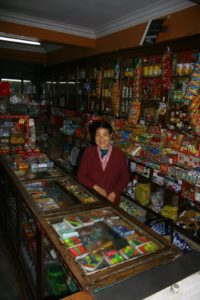 Over time, as Antonio grew up and both parents became frail, it became a challenge just to keep things going. Then Mrs. Hip passed away, and it was clear that Mr. Hip, would not be able to keep up with the oppressive schedule a bodega owner must keep. The store would regrettably be closed.

As the last days of the shop approached, Antonio used his camera to focus on the details around him. Every object upon which he now focused became an illuminated piece from a puzzle. Every item, an actor in a play where shopkeepers and customers played a role. His black and white photos offer us a gentle reality, soft as silk. His photographs are an ode to a friendly jailer and maybe even to the memory of his mother. 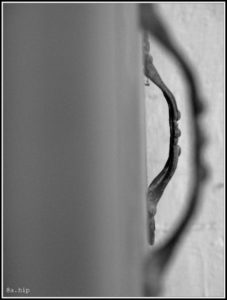 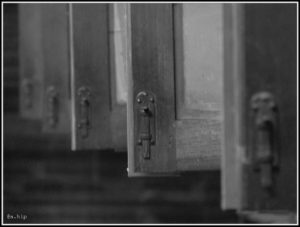 In one image, one sees latches lined up like soldiers ready to protect the most valuable goods. Another one shows bronze handles shiny from his mom’s daily use. The closeups add up to a fuller picture of Antonio’s reality as the son of shop keepers in a mega South American city.

In the mid 90’s, Hip traveled to China, to the land of his ancestors. He documented street scenes—a laborer carrying a sack filled with who-knows-what, a window displaying duck, hens and roast pork much like in Lima’s Chinatown. Except, these photos were taken in Canton, where there are no Chinatowns. One sees men squatting by the sidewalk, just as he may have seen the “paisanos” in Lima, waiting, but waiting for what or for whom? His pictures of Canton are not anthropological, they are familiar views he may have experienced around his bodega or in Lima’s Chinatown. 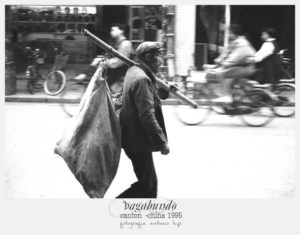 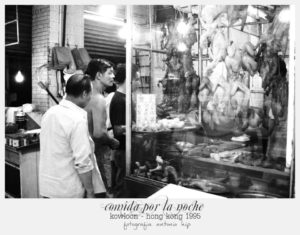 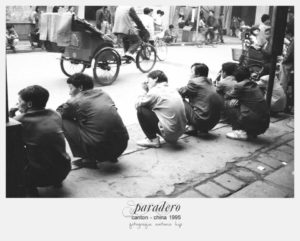 Just as in the shop’s last days, every view captured is a precise moment. Each shot a visual poem in observance of each minute he spent on this stage made out of wood and glass, pondering perhaps: why? and for how much longer? And at the same time saying: “so long, thank you for the memories.”