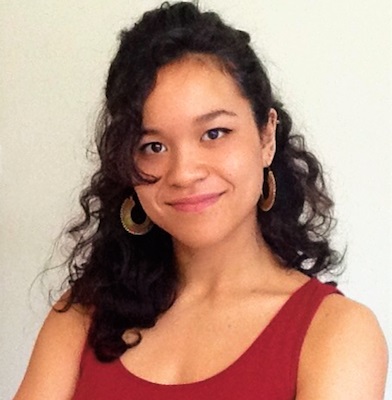 Ever since she was young, Clotilde has always been fascinated by questions of identity and belonging. Born in London to a French mother and Chinese-Malaysian father, she grew up listening to pop French classics and eating with chopsticks. Above all, she experienced her multiple cultures through languages. Much to her regret, her father had moved to the UK very young, and never spoke to her in his ancestral tongue – Hokkien. Eager to reconnect the ever-visible yet elusive line connecting her family to China, she studied Chinese Language and Culture at SOAS, in London. She lived in Beijing for a year before fleeing the capital and its eccentricities, finding her way back to Quanzhou, Fujian. A hundred and ten years ago prior to Clotilde’s visit, her great-grandfather had fled the poverty of his fishing village in Fujian to go “south of the ocean” – the name immigrants give to Southeast Asia.

“‘What does it mean to be Chinese?’ I wonder as I stroll through the narrow alleyways of my ancestral village. For a long time, I had believed it was synonymous to speaking the language, and because I was not proficient in Chinese, it did not materialize as being part of my identity until I could hold a decent conversation in Mandarin. I might even have forgotten about it altogether, if it hadn’t been for my physical traits, and the way others perceived me… “.

Clotilde continues to ponder this question in her free time. In 2016 and 2017, she travelled to the frontier regions of China to explore China’s diverse peoples and cultures, from the colorful lakes of Yunnan and Sichuan to the dry desert landscapes of Xinjiang. She travelled to Peru, Jamaica, Cuba and North America to research their respective Chinese communities. Now, she works full-time for an exciting start-up called My China Roots, which helps other tusan and descendants of Overseas Chinese to trace their ancestry, put their roots into context, and travel to their ancestral villages in China. She loves accompanying others on this exciting journey, and finds great satisfaction in seeing people reconnected across borders, generations and cultures. Each individual story reminds her of the true interconnectedness between us, and what we consider “personal” is the fabric of the “historical.”

If anyone is interested in learning more about their Chinese heritage, you can reach out to Clotilde directly: clotildeyap@mychinaroots.com