Tusanaje | The Chinatown In Peru and the Changing Peruvian Chinese Communities
2659
post-template-default,single,single-post,postid-2659,single-format-standard,wp-featherlight-captions,ajax_fade,page_not_loaded,,qode_grid_1300,qode-content-sidebar-responsive,qode-theme-ver-10.1.2,wpb-js-composer js-comp-ver-5.1,vc_responsive 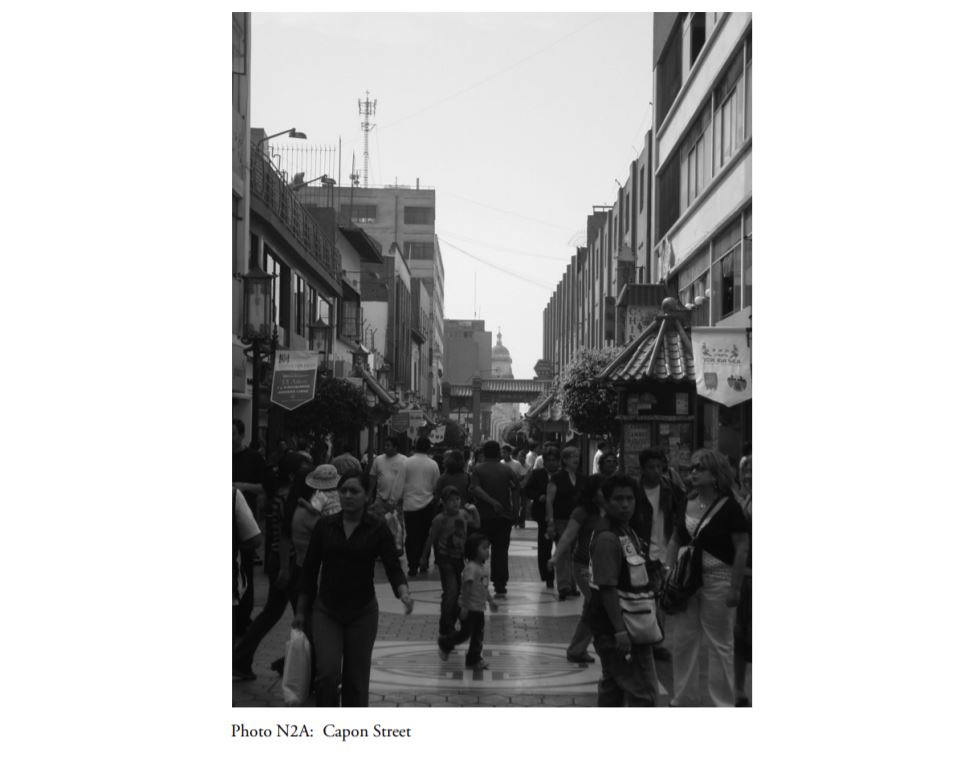 Posted at 15:46h in Sin categoría by Isabelle Lausent-Herrera 0 Comments

The article of Isabel Lausent-Herrera discovers the topic of expansion and evolvement of the Peruvian Chinatown and the transformation of Peruvian Chinese Community, by that meaning the coexistence of so-called old and new Chinese. The author also covers the competition between different Chinese merchants in business in Chinese community quarter and the reason for that will be the changes in the ethnic and places of the origin of the new Chinese immigrants. The important event will be the opening of the Chinese market called La Concepcion in 1854 which was created by the Chinese merchants from California. At first, the market consisted of a few commercial houses for the import of Chinese & North American goods. After the Chilean troops occupation of the Chinese quarter from 1881 to 1883, there was an increase of commercial, social and cultural activities after the necessity for unity to defend their rights to the Chileans.

Another meaningful creation will be the occurring of Sociedad Colonial de Beneficencia in 1881 and the new Chinese Charitable society of Peru called China Tonghuy Chongkoc. The creation of the second organ meant the creation of the real community and the appearance of a symbol of the Chinese occupation this quarter.

The first crisis of the Chinatown happens in 1909 after the continuous attacks by the Peruvian citizens because of the bad reputation of Chinese living in poverty in the quarter. In the 1970s some people started leaving the quarter moving businesses or for different reasons, the majority of Tusans also left due to the proposition of creating new communities in other areas. That point makes the end of the community’s homogeneity. The arrival of new Chinese Immigrants made the renewal of the commercial activities possible and moreover.
The article also includes the information about numbers of various commercial establishments, including the maps, the differentiation of business classifications, such as Chinese catering business, the trading and import of toys, jewellery, cigarettes etc. Last but not least, the author discovers the new Chinese quarters, the biggest one of which is San Borja which is classified as a residential area of rich Tusans and Chinese businessmen. Another deserving to be mentioned will be San Juan de Lurigancho, San Martin de Porres and Los Olivos.

In conclusion, it must be said that the time period after 1980 will be the time of reviving economic dynamism of the Chinese Quarter with the increasing of “value and the volume of commercial exchanges”, continuation of Beneficencia China working and being run by Cantonese, which was also followed by the creation of a new Fujian regional association.